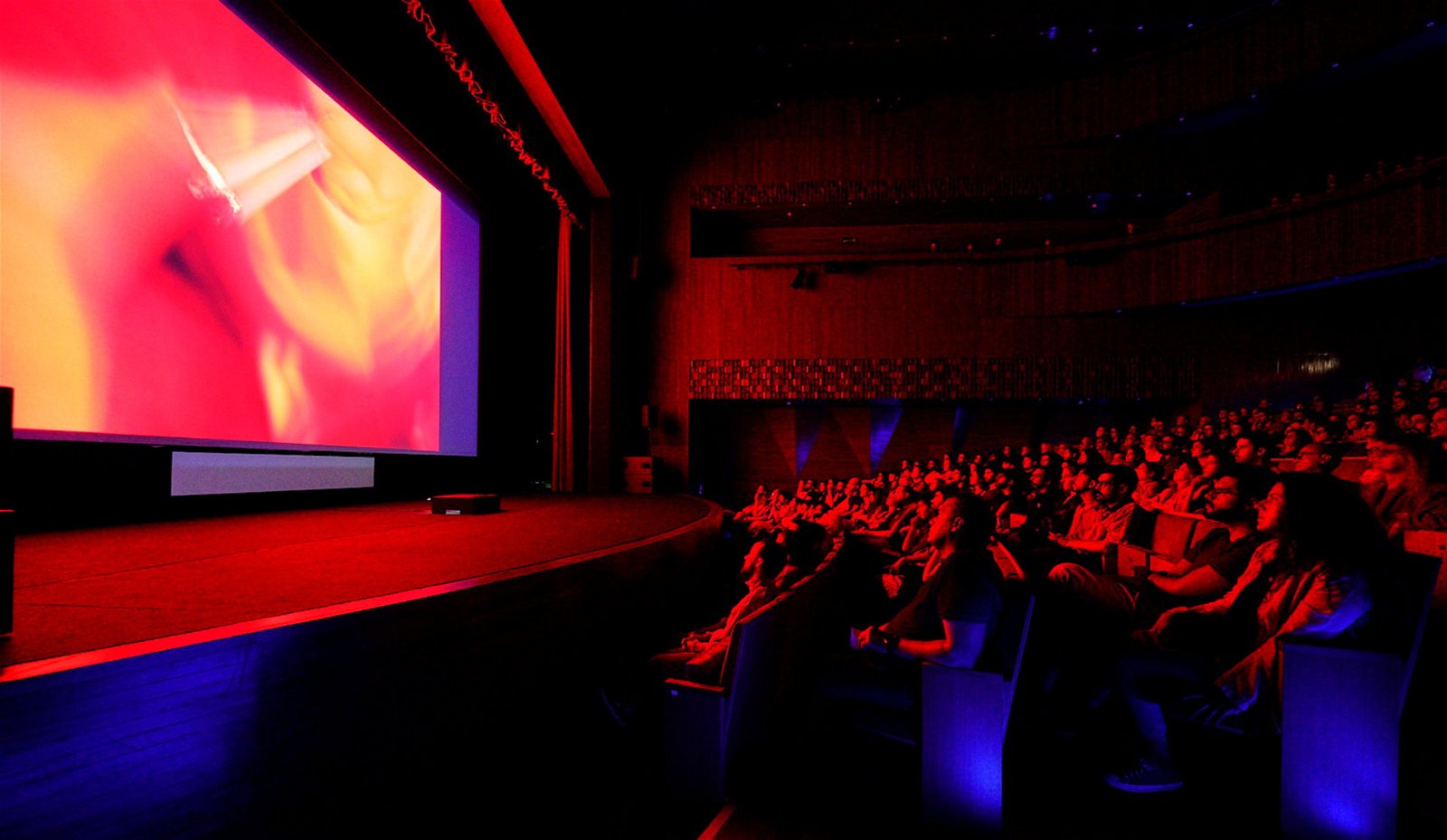 Overview of the 30th Curtas Vila do Conde

The 30th edition of Curtas took place between the 9th and 17th of July 2022, marked by the celebration of the festival's 30th anniversary, which resulted in to a special program, highlighting the festival's longevity and future: Curtas took place in 30 locations, taking the visitor to travel to many unpublished spaces, bringing the local community together and designing a route that lead moviegoers to discover new spaces in the city and in some of its parishes. But this was also an edition marked by the end of the restrictive measures associated with the pandemic, causing an increase in audience compared to the two previous editions, and bringing the number of viewers closer to pre-pandemic values.

The first day was marked by the opening session, which brought to Vila do Conde, in a national premiere, the Berlinale-winning feature film, “Alcarràs”, as part of the retrospective dedicated to the Spanish director Carla Simón, who participated in a conversation at the end of the session. It was also marked by the opening of the exhibition “Excesso Chamalo”, by Marie Losier and David Legrand, which lasted throughout the summer until the beginning of September, and which had several associated activities in the week in which the festival took place, such as a performance by David Legrand, a carte blanche with a choice of films by Marie Losier and a conversation with the artist, as well as a guided tour of the exhibition.

On the second day, the International Competition started with a full room, a good indicator for what would happen on the following days, in which the sessions of the International and National competitions attracted a significant number of visitors and were undoubtedly the most attended this edition of the festival. This day also marked the first session in Vila do Conde of the program dedicated to François Reichenbach, which had started the week before at Casa do Cinema Manoel de Oliveira, in collaboration between Curtas and the Serralves Foundation.

In the meantime, the Municipal Theater's main room would fill up again on the third day for another session of the International Competition, at the same time that the program dedicated to the centenary of the birth of António Campos began, in collaboration with Cinemateca Portuguesa, and which had a debate on the director's work with the presence of the director of that organisation, José Manuel Costa, and other guests. It was also the beginning of the program dedicated to Chema Garcia Ibarra, one of the authors featured in the New Voices section.

This beginning of the week was also marked by the “Curtas Pro” initiative, a set of activities linked to the film industry, the festival circuit and its programmers and other representatives, including various actions such as debates, professional meetings or presentations of films in post production.

During the week, we highlight the beginning of the Stereo program with the concert films, which provided another moment in a full room with the presentation of a film by the artist Filipe Marques, and brought to Vila do Conde some important names in international contemporary music, such as Raul Refree and Steve Gunn, the latter on the day of the official closing of Curtas. The last weekend, by the way, also had other sessions of mandatory prominence, such as the previews of the new feature films by João Pedro Rodrigues, “Fogo Fátuo”, and by the French Céline Devaux, whose film “Tout le monde aime Jeanne” was the highlight of an exhibition of her still short filmography, included in the New Voices section.

But the moment that marks these last days of the festival is always the awards session, which consecrated the young Portuguese animation director João Gonzalez, who, in addition to the public prize of the International Competition, also won the jury prize for best film Portuguese, which also distinguished Carlos Lobo as best director for the film “Aos Dezasseis”. In the International Competition, the main prize went to the Icelandic Hylnur Pálmason, with the film “Nest”, which is, like the film by João Gonzalez, in the race for the Oscars, as the winning films of the shorts are eligible for consideration in the Academy Awards® Best Animation/Best Fiction (Live Action) categories. As for Vila do Conde Short Film Candidate for the European Film Awards, the film by Romanian Radu Jude “Potemkinistii” was chosen. Other jury winners: “Cuerdas”, by Estibaliz Urresola Solaguren (Spain, best fiction); Haulout, by Evgenia Arbugaeva and Maxim Arbugaev (UK, best documentary) and Scale, by Joseph Pierce (best animation).

The audience of the National Competition also awarded David Doutel and Vasco Sá for “Garrano”. Who also had reasons to celebrate was Falcão Nhaga, who won the two prizes of the student competition Take One! (best film and best director) with “Mistida“, and the French Gaelle Rouard, winner of the Experimental Prize with “Darkness, Darkness, Burning Bright – Oraison”.

As for future generations, the My Generation and Curtinhas sections were once again two of Curtas' strong bets, since we believe in the importance of continuously training tomorrow's cinephiles. Thus, the last day of the festival, 17th July, was marked by the awarding of prizes in the Curtinhas section, where the children who make up the jury distinguished the French animated film “Kayak”, by Flore Dechorgnat, Tiphaine Klein and Auguste Lefort. And, in the meantime, work is already underway on the 2023 edition, which has a date set: July 8th to 16th.